This review was originally posted on Swampflix.com on August 29, 2015. The rating was 5/5 Stars. Image courtesy of Swampflix Editor Brandon Ledet. 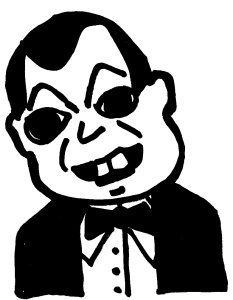 Released in 1975, Profondo rosso (Deep Red) is considered by many to be not only Dario Argento’s greatest work, but also the highest example of the giallo form. Although I still think that Suspiria is probably a superior film, and Phenomena is my personal favorite, it’s not hard to see why Deep Red was the recipient of such wide international critical acclaim (including being the first of Argento’s films to garner an audience in Asia, especially Japan), or why that popularity is so enduring, even forty years later.

END_OF_DOCUMENT_TOKEN_TO_BE_REPLACED

This review was originally posted on Swampflix.com on August 28, 2015. The rating was 5/5 Stars, with a Camp Stamp. Image courtesy of Swampflix Editor Brandon Ledet.

“You don’t have to go to Texas for a chainsaw massacre” declares one of the taglines for 1982’s exploitation horror film Pieces, although you would have had to be in Austin this week to see the screening of the 35mm master print, cobbled together by Grindhouse Releasing from the extant copies of the film (and from which their remastered 2008 DVD was produced). The film’s other tagline, “It’s exactly what you think it is,” is also accurate–Pieces is a solidly hilarious and gratuitously gory flick about a campus killer who murders women with a chainsaw, full of ridiculous and unrealistic dialogue that would give a more modern postmodern horror spoof a run for its money. Shot largely in Spain and set in Boston, Pieces will leave you breathless, but from laughter, not fear. This movie is a camp masterpiece, and has set the bar high as my new standard for horror comedy.

END_OF_DOCUMENT_TOKEN_TO_BE_REPLACED

This review was originally posted on Swampflix.com on August 27, 2015. The rating was 3/5 Stars. Image courtesy of Swampflix Editor Brandon Ledet.

And now for something completely different.

Following the conclusion of his “Animal Trilogy,” Dario Argento declared that his time as a giallo director had come to an end. From a modern perspective, this seems as preposterous as Alfred Hitchcock declaring he would begin focusing solely on period romantic comedies in the wake of the success of Psycho, John Malkovich leaving the world of acting to become a puppeteer, or schlockmeister Eli Roth making a family movie about, like, child spies or something. Historically, however, this kind of move is not without precedent; David Cronenberg, for instance, ditched a lifetime career of making body horror flicks to focus on prestige pictures (with mixed success), and many actors have made the leap from on-camera to behind-the-camera work. This change didn’t work out so well for Argento, however, who went back to his wheelhouse for his fifth picture.

END_OF_DOCUMENT_TOKEN_TO_BE_REPLACED

This review was originally posted on Swampflix.com on August 18, 2015. The rating was 3/5 Stars. Image courtesy of Swampflix Editor Brandon Ledet.

Speaking of l gatto a nove code (The Cat o’ Nine Tails) in the book Broken Mirrors, Broken Minds: The Dark Dreams of Dario Argento, Argento himself referred to his sophomore follow-up to 1970’s The Bird with the Crystal Plumage as one of the his least favorites from his canon. Released just 51 weeks after Plumage, The Cat o’ Nine Tails is a weaker effort, despite (or perhaps because of) the fact that it is more grounded and follows a more linear narrative than Argento’s previous film. Where Plumage was impressive in that it already exhibited so many of Argento’s stylistic eccentricities, Cat almost seems like an earlier work, with mostly monochrome environments and a drab color scheme; whereas Plumage was populated by bizarre characters and situations (I still can’t get over the hermit painter who raised cats for food), Cat is much more straightforward.

END_OF_DOCUMENT_TOKEN_TO_BE_REPLACED

This review was originally posted on Swampflix.com on August 18, 2015. The rating was 1/5 Stars. Image courtesy of Swampflix Editor Brandon Ledet.

No matter how you slice it–no pun intended–4 mosche di veluto grigio (Four Flies on Grey Velvet) is a weird, sloppy mess, even for a Dario Argento film. The final part of Argento’s so-called animal trilogy, Flies was released just ten months after The Cat o’ Nine Tails, and the movie follows a horribly unlikable protagonist who is being stalked and harassed by a killer in a mask. Oh, also, the protagonist is a killer. Well, not really. I should explain, and I will try. Be warned: this review is chock full of spoilers, but it will save you the trouble of sitting through this stinker.

END_OF_DOCUMENT_TOKEN_TO_BE_REPLACED

This review was originally posted on Swampflix.com on August 13, 2015. The rating was 3.5/5 Stars, with a Camp Stamp. Image courtesy of Swampflix Editor Brandon Ledet.

When I was a kid, I looked forward every week to the articles on TV Guide’s website from the Televisionary and FlickChick (better known as critic Maitland McDonagh). These proto-blogs were where perplexed readers who had reached the outer limits of their personal research could ask what this film or that TV show was that featured that thing–you know that thing–and finally get an answer after years of trying to recall. “What was that movie with the kid living in the walls?” Bad Ronald. “What was that series with the girl whose dad was an alien and she talked to him through a crystal?” Out of this World. “What was that movie that was like Blair Witch Project but, like, from the 70s?” The Legend of Boggy Creek.

END_OF_DOCUMENT_TOKEN_TO_BE_REPLACED

This review was originally posted on Swampflix.com on August 11, 2015. The rating was 3/5 Stars, with a Camp Stamp. Image courtesy of Swampflix Editor Brandon Ledet. 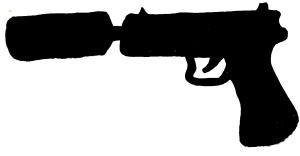 I wish that I could have really, really loved this movie. D.E.B.S. is a perennial IFC favorite, and even though there was a period of time where this movie seemed to be on several times a week, I never managed to catch it. It’s a quirky movie with a great cast and a smart concept, and although it has a great stride once it hits it, it takes so long to get there that I can’t give it 4 stars based on the last act alone.

END_OF_DOCUMENT_TOKEN_TO_BE_REPLACED

This review was originally posted on Swampflix.com on August 11, 2015. The rating was 3.5/5 Stars. Image courtesy of Swampflix Editor Brandon Ledet.

“Before there was Final Destination, there was Sole Survivor,” proudly proclaims Code Red’s 2008 DVD release of 1983 indie horror film Sole Survivor. There are some superficial similarities between the two, notably a plane crash, psychic visions, “accidents” aimed at the survivor of said crash, and a scene with a coroner that helps explain the film’s plot, but the two films are different in execution and concept, and I daresay the older, cheaper, and admittedly somewhat sloppier film is superior. The Final Destination series’ bread-and-butter was constructing tension through shots of elaborate Rube Goldbergian death traps falling into place in order to lead those characters who managed to cheat death into a gruesome end. Directed by Thom Eberhardt, whose inarguably classic film Night of the Comet premiered just one year later, 1983’s Sole Survivor lacks the kind of frenetic energy that characterizes the more modern film and its sequels. Instead, there is a quiet intensity to it, and I was surprised by how haunting some of the imagery was. For instance, in the first sequence of the film, Karla (Caren Larkey) awakes after having a psychic vision of Denise (Anita Skinner) strapped to her airplane seat, placid with shock, surrounded by a rustic field strewn with debris and broken bodies. Later in the film, Denise is trapped in an underground parking garage, and she is first seen only in beautifully composed long shots, before she begins running and quick film splices are made as support beams pass between her and the camera, in a scene reminiscent of the oft-referenced behind-the-columns transformation from The Twilight Zone‘s “The Howling Man.” Eberhadt also edited the film, and cinematographer Russell Carpenter went on to a fairly distinguished career, working as the director of photography for James Cameron in the nineties (notable highlights include being D.P. on both True Lies and Titanic, the latter of which earned him an Oscar). This was the first film for both of them, but you wouldn’t be able to tell that from a purely aesthetic standpoint, despite the film’s issues with pacing.

END_OF_DOCUMENT_TOKEN_TO_BE_REPLACED

This review was originally posted on Swampflix.com on August 11, 2015. The rating was 4.5/5 Stars. Image courtesy of Swampflix Editor Brandon Ledet.

The trailer for L’uccello dalle piume di cristallo, better known in the U.S. as The Bird with the Crystal Plumage, explicitly references Alfred Hitchcock, who supposedly said that Dario Argento, “That Italian fellow,” was beginning to make him nervous. Plumage was the first film directed by Argento, who was already relatively well known as a screenwriter, and the reference to the Master of Suspense in the film’s advertising is well placed, as the traces of Hitchcock’s influence are all over this film like fingerprints at a murder scene; this is not a criticism, per se, but it is nonetheless true. Specifically, I found myself thinking of Psycho from the film’s first onscreen murder, which featured no flesh to blade contact and instead focused on slashing motions and splashes of blood. The connection to that most well known of Hitchcock’s works moved from subtext to text at the film’s conclusion, which featured a voice-over from a mental health professional explaining the psychological motivations of the killer, just as the 1960 film had used an expert to explicate Norman Bates’s madness.

END_OF_DOCUMENT_TOKEN_TO_BE_REPLACED

This review was originally posted on Swampflix.com on August 6, 2015. The rating was 4.5/5 Stars. Image courtesy of Swampflix Editor Brandon Ledet.

Trainwreck is a weird movie. Culturally, we are no longer standing on the threshold of a new era in which comedy, especially raunchy comedy, is the domain of men—but we haven’t finished crossing into that new world on the other side, either. It’s likely we’ve all heard the story about how Amy Poehler took a definitive stance against subliminal sexism in the SNL writers’ room stating that she was there to be funny, not cute; we all know how Bridesmaids was a huge hit that surprised our dudebro friends who thought that women couldn’t be funny or gross, and how that opened the door for fare like Trainwreck (I personally prefer the widely-reviled The Sweetest Thing for its uninhibited provocativeness, but that’s neither here nor there). Comedy Central, formerly the home of media catering exclusively to douches and douches in training, now features transgressive shows like Key & Peele, Another Period, and Broad City, helmed by and starring women and people of color in the timeslots that used to feature Adam Corolla and Jimmy Kimmel mocking little people and ogling women on trampolines. Sure, Daniel Tosh still finds his home there, but he’s old news now, and I’d be surprised if Tosh.0 exists beyond 2017. And, of course, that’s where Amy Schumer’s series airs.