This review was originally posted on Swampflix.com on September 21, 2017. The rating was 2.5/5 Stars. Image courtesy of Swampflix Editor Brandon Ledet.

In the words of the Grand Galactic Inquisitor: “That was a weird one!” 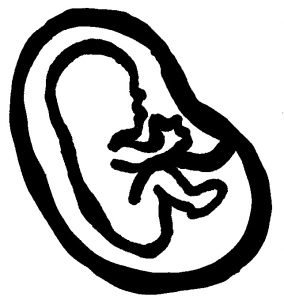 For years, I woke up every morning (and the occasional afternoon), rolled over, and put my feet firmly on the floor in front of a poster for Darren Aronofsky’s The Fountain. The Fountain was not a movie that I liked when I first saw it, nor was Black Swan. Over time, however, I came to love The Fountain in spite (or perhaps because) of its bizarre but ultimately human melding of pretentious universalism and cloying sentimentality. Even in my first viewing in the theater, I still loved the visuals of the film, especially the depictions of space as a vast sea of colors and reactions, which were actually taken from microphotography. And I guess I’ve come around some on Black Swan as well, although I doubt I’ll ever come to love it. All of this is to say that opinions can and do change. Sometimes I look back and can’t believe I gave Tenebrae anything less than a perfect 5 Stars. And 4 Stars for last year’s Ghostbusters? What was I smoking? In order to be fair, despite the fact that I walked out of the theater after seeing mother! and immediately wanted to pen my review, I decided to ruminate on it for a few days to see if my feelings about the movie changed at all.

END_OF_DOCUMENT_TOKEN_TO_BE_REPLACED

This review was originally posted on Swampflix.com on September 13, 2017. The rating was 3.5/5 Stars. Image courtesy of Swampflix Editor Brandon Ledet. 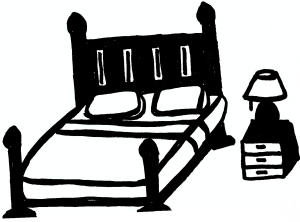 Movie night (which is, like, three nights a week) in the Boomer/Boomer’s Roommate household can be a chore sometimes. We are very decisive people when it comes to where and what we want to eat, who is and is not welcome in our apartment, and which Simpsons seasons are worth a damn. Of late, however, we’ve had to make a hard and fast rule: if we want to watch a movie, we have 10 minutes to browse Netflix (et al) and make a decision; if we can’t choose by the end of that time period, we give up and watch either one of our staple programs (The Simpsons, The Soup, Alfred Hitchcock Presents, or Next Gen) or whatever TV show we’re currently working our way through (it’s Caprica at the moment, for those of you who are curious, since we binged Battlestar after the election for obvious reasons and needed a break afterward). His particular idiosyncratic desires also make it a challenge, albeit a fun one. Case in point: last night, I wanted to watch a horror comedy along the lines of Housebound (which we both found delightful), but he wanted something that specifically had the twitchy horror effects from The Ring or The Grudge, but not an actual J Horror flick. That’s an impossible thing to search for, but our interest in The Grudge did prompt Netflix to suggest The Chosen, which was more impressive and interesting (and funny, much to my delight) than expected, especially given its nondescript name.

END_OF_DOCUMENT_TOKEN_TO_BE_REPLACED

This review was originally posted on Swampflix.com on September 2, 2017. The rating was 4.5/5 Stars. Image courtesy of Swampflix Editor Brandon Ledet. 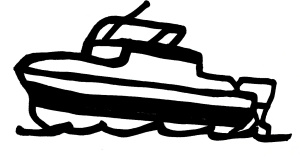 Recent previews of Hugh Jackman’s upcoming P.T. Barnum film, in which his wife will be played by Michelle Williams, bothered me in the pit of my stomach. The fact that actors age but their love interests are not allowed to is not news, but this is the first time that it’s happened between someone who I consider to be of “my generation” (Williams is six years older than I am, but she’ll always be Jen on Dawson’s Creek to me) and someone I consider to be of the generation that came before (Jackman is 12 years older than Williams and was, in my mind, an “adult” in the X-Men movies when Williams was still “my age” or thereabouts). Of course, this never really bothered me when I was a kid watching Dead Calm, in which leads Sam Neill and Nicole Kidman (playing his wife) are a staggering twenty years apart (Kidman even turned 20 during production!), likely because they were always from the “before” generation. Looking back now, it’s a little distracting, but that doesn’t make the film any less thrilling, creepy, and well-done.

END_OF_DOCUMENT_TOKEN_TO_BE_REPLACED

The post from which this was excerpted was originally published on Swampflix.com as part of that site’s “Movie of the Month” feature, in which one contributor makes the rest of the crew watch a movie they’ve never seen before, and the staff discusses it afterwards. For September 2017, Brandon made me, Alli, and Britnee, watch Schizopolis. 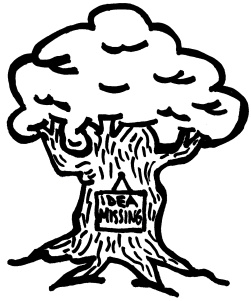 Seeing the city that I knew so well (and have much fonder feelings for than my fellows here, although all their criticisms are 100% accurate) certainly added a layer of surreality to the film that I was not expecting. I know Soderbergh was a longtime BR resident–a friend of mine from college used to live in the Sex, Lies, and Videotape house on Bedford–but I was still taken aback when the intro sequence of Act 1 featured (the old location of) Louie’s, which was never more than a five minute walk from any apartment I occupied in the eight years I lived in Baton Rouge. For me, growing up in the beyond-rural reaches of the 5.5 square mile municipality of Slaughter (now a town as of 2002!), Baton Rouge wasn’t just a city, it was the city. To put this in perspective, my parents still can’t get cable where they live, and a recent AT&T service issue left them without phone or internet for three weeks. As such, even the tiny town of Natchitoches seemed like a thriving metropolis when I lived there for a couple of years for school. Looking back, there’s a certain kind of nostalgic energy that I’ve had difficulty articulating in the past: I have very specific remembrances of passing through parts of BR I had not seen before as a child and recognizing the business signs, like the one for Kelleher in the aforementioned Jefferson Highway shopping center that now contains Little Wars, and getting a thrill that something from TV appeared in my real life. Part of this may have been born out of being fortunate enough to see the travelling Sesame Street show at the old Bon Marché mall as a very young child. When you grow up in a trailer in the woods with no connection to the cultural world other than three TV networks (four and a half on a clear day) and the “local” public library two towns over, there’s no clear distinction between national and regional broadcasts, so seeing a business in the real world that had been advertised in a local commercial was just as magical to tiny Boomer as hypothetically seeing Big Bird wandering the streets or stumbling upon Murphy Brown in a cafe.