This review was originally posted on Swampflix.com on October 12, 2018. The rating was 4.5/5 Stars. Image courtesy of Swampflix Editor Brandon Ledet.

What if Vertigo wasn’t about vertigo, but was instead about claustrophobia? It feels like this is the catalyzing question that went through Brian De Palma’s mind when he first came up with the idea for 1984’s Body Double, a risque homage to one of the Master of Suspense’s greatest works (there’s also a little bit of Rear Window thrown in there just for good measure). In place of Jimmy Stewart’s Detective “Scottie” Ferguson, we instead meet Jake Scully (Craig Wasson) on one of the worst days of his life: after freezing up in claustrophobic terror on the set of the low-rent vampire flick in which he’s starring, Scully is sent home early, where he finds his girlfriend in the throes of passion with another man – she doesn’t even have the decency to stop. After running into friend-of-a-friend Sam Bouchard (Gregg Henry) a couple of different times at auditions and being rescued by him from an apparently emotionally abusive acting exercise in which he revisits the memory of being trapped behind a freezer during hide-and-seek as a child, Jake takes Sam up on the offer to house sit for him while he is out of town performing in a play. Sam takes Jake back to the home in question, the famous Chemosphere (aka Troy McClure’s house) and shows him the amenities: a fully stocked bar, rotating bed, and a telescope perfectly placed to watch the nightly erotic dance of a beautiful neighbor.

END_OF_DOCUMENT_TOKEN_TO_BE_REPLACED

The post from which this was excerpted was originally published on Swampflix.com as part of that site’s “Movie of the Month” feature, in which one contributor makes the rest of the crew watch a movie they’ve never seen before, and the staff discusses it afterwards. For May 2017, Alli made me, Britnee, and Brandon watch Mikey and Nicky. 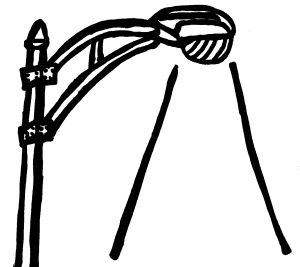 I’ve always been a big fan of “small” films, by which I mean movies that focus on the relationship between a minimal group of characters and which play out more like a stage play than big sweeping epics (although I love those too). Part of this could be borne out of my theatre background, but it more likely comes from having watched so many episodes of Alfred Hitchcock Presents in my youth; in those early days of television, newly minted screenwriters seemed to still be stuck in a very “stage” mindset, usually writing scripts for no more than three major characters and confining the action to one set. Serendipitously, just a few nights before watching Mikey and Nicky, my roommate (coincidentally also named Nicky) and I watched a 1961 episode of AHP, “Gratitude,” starring a thirty-four-year-old Peter Falk as a gangster who is terrified of being killed by his rivals for potentially exposing their casino ring to wider police scrutiny. I’ve never really thought of Falk as typecast, but it sure is a fascinating alignment of coincidence that he played the Nicky role therein.

END_OF_DOCUMENT_TOKEN_TO_BE_REPLACED

This review was originally posted on Swampflix.com on December 30, 2015. The rating was 5/5 Stars. Image courtesy of Swampflix Editor Brandon Ledet.

In my reviews of The Legend of Boggy Creek and Anna to the Infinite Power, I mentioned my fascination with Maitland McDonough’s old TV Guide column “Ask Flick Chick,” in which she answered questions about films in general and provided readers with the titles of films that had haunted their subconsciouses for decades. Both Creek and Anna were films that were frequently asked about, as individual readers remembered disparate elements from each, and there were several other movies that would reappear as the answer to a new question with some regularity. Another such film was Francois Truffaut’s La Mariée était en noir (The Bride Wore Black), in which a woman whose husband was killed on their wedding day seeks out and visits revenge upon the five men responsible, crossing out their names one-by-one in her notebook. If this sounds familiar, you’re not alone. There are certain obvious similarities to Kill Bill, although Quentin Tarantino is insistent that he has never seen the film. It’s not unreasonable that he plucked this idea from the ether, especially given his openness about the films from which he did draw ideas and images for Kill Bill, but I’ll leave it to you to decide whether or not that was the case.

END_OF_DOCUMENT_TOKEN_TO_BE_REPLACED

This review was originally posted on Swampflix.com on November 17, 2015. The rating was 4.5/5 Stars. Image courtesy of Swampflix Editor Brandon Ledet. 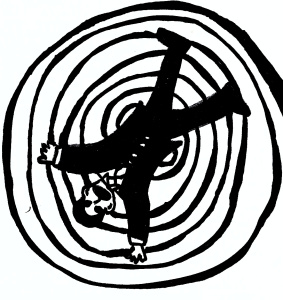 My first experience with Alfred Hitchcock wasn’t actually with the work of the man himself. When I was a child, my grandparents lived in Waukegan, a suburb of Chicago, and I would often spend a month or two with them every summer. There was a station they received that would show the same movie every day for a week, perhaps longer, and it was on this station that I first watched Back to the Future II (at least a dozen times) and often-overlooked Joe Dante flick Explorers, both of which I loved. The best movie shown on this repeating station, however, was Mel Brooks comedy High Anxiety. Although not as well known or beloved as pictures like Blazing Saddles, The Producers, or Spaceballs, High Anxiety remains, to this day, my favorite of the entire Brooks oeuvre. It’s a pastiche homage to the films of the Master of Suspense, and, as with Head Over Heels, I couldn’t stop thinking about it during and after watching Dario Argento’s Do You Like Hitchcock? I didn’t understand the references when I was a child, but every time my grandmother would laugh out loud, she would explain which of Hitchcock’s films was being parodied, and why the joke worked. I recently rewatched the film and was worried it would pale in comparison to my memory of it, but I’m delighted to say it’s only gotten better with time.

END_OF_DOCUMENT_TOKEN_TO_BE_REPLACED

This review was originally posted on Swampflix.com on November 12, 2015. The rating was 2/5 Stars. Image courtesy of Swampflix Editor Brandon Ledet.

Way back when I first started working my way through the films directed by Dario Argento, I opened my review of The Bird With the Crystal Plumage with a reference to  the early U.S. promotional materials for that film, which banked on the connection between the young Italian director and Alfred Hitchcock. The quotation from Hitchcock cited therein, that he found Argento’s work to be troubling, fascinates me, especially as Argento himself was known at the height of his career as the Italian Hitchcock. As I reach the end of Argento’s C.V., I have to note that this comparison is reductive and does a disservice to both men. Even at their worst, Hitchcock’s stories always made sense, and his reprehensible antihero protagonists were viewed from a distance that was sufficient to allow the audience to have ambivalent feelings about them. For instance, famously, the intent of the scene in which Norman Bates pushes a car into a bog was designed to elicit an anxious reaction when the vehicle failed to sink, because part of you wants him to succeed. After three and a half decades directing films, Argento was finally able to go full Hitchcock in this tepid made-for-tv picture.

END_OF_DOCUMENT_TOKEN_TO_BE_REPLACED

This review was originally posted on Swampflix.com on August 11, 2015. The rating was 4.5/5 Stars. Image courtesy of Swampflix Editor Brandon Ledet.

The trailer for L’uccello dalle piume di cristallo, better known in the U.S. as The Bird with the Crystal Plumage, explicitly references Alfred Hitchcock, who supposedly said that Dario Argento, “That Italian fellow,” was beginning to make him nervous. Plumage was the first film directed by Argento, who was already relatively well known as a screenwriter, and the reference to the Master of Suspense in the film’s advertising is well placed, as the traces of Hitchcock’s influence are all over this film like fingerprints at a murder scene; this is not a criticism, per se, but it is nonetheless true. Specifically, I found myself thinking of Psycho from the film’s first onscreen murder, which featured no flesh to blade contact and instead focused on slashing motions and splashes of blood. The connection to that most well known of Hitchcock’s works moved from subtext to text at the film’s conclusion, which featured a voice-over from a mental health professional explaining the psychological motivations of the killer, just as the 1960 film had used an expert to explicate Norman Bates’s madness.